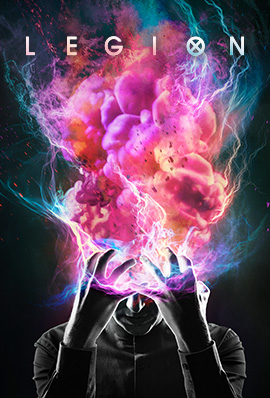 Ever since they were created in the 1960’s the X-Men have been an allegory for civil rights. To try to help people understand and empathize with their neighbors who on the surface looked so different Marvel created a team of heroes that looked like the majority of America and their friends and family.  This relationship finally made its presence known on tonight’s episode of Legion.  END_OF_DOCUMENT_TOKEN_TO_BE_REPLACED

Well it took six episodes but Legion has fallen off the style over substance cliff. Based on the trailer for chapter 7 it looks like they will be able to course correct into an action packed episode. Tonight though was a disappointment. Yes, it had interesting visuals and it was entertaining but the amount of story it generated could have been told in five minutes. The plot should always be point 1 and then supported by the visuals and music. Chapter 6 had it all backwards choosing to show us weird and interesting things over progressing the story. END_OF_DOCUMENT_TOKEN_TO_BE_REPLACED

“It wears a human face.” After the fifth episode of the season, we have a stronger idea of who and what our villain is. The song Daily Mail by Radiohead plays a prominent role is this episode and is an apt description of David now that he is back from the astral plane. “The lunatics have taken over the asylum” and there is “no regard for human life” now that David is no longer in control of his body. If you are a fan of 80’s and 90’s horror movies like me you will see a little bit of Freddy Kruger in the way David goes to rescue his sister. END_OF_DOCUMENT_TOKEN_TO_BE_REPLACED

“Violence is ignorance, so figure your shit out.” Oliver wants you to know that when you understand something there is no reason to have an irrational fear of it, which will minimize your need to lash out at it.  While a great thought provoking thought, it does not seem to have a lot to do with this particular episode of FX’s Legion. His second quote about the stories that we tell our children can be seen all over tonight’s episode. Is David the cute bunny that is getting to close to the ocean? On the other hand, is David the ocean dooming those that get too close? END_OF_DOCUMENT_TOKEN_TO_BE_REPLACED

“Have you heard the one about the poor woodsman and his wife?” A simple story about things not being what they seem and leaving well enough alone, told to us by a Pee-Wee Herman inspired coffee maker, hints at the underlying themes of the show. Is everyone who they say they are, or are they even who they think they are?

An aggressive visit from Lenny makes David question Melanie’s motives and his own reasoning for not going to save Amy. Is he unwilling to risk this new life where he is surrounded by people who don’t think he is crazy, they even think he is important, and of course Syd is there.  By the end of the episode, we no longer wonder where his loyalties lie, Amy and Syd are one and 1a in a distant second is Melanie’s compound. Who is David is he just a misunderstood powerful mutant who will one day be the one who turns the tide in the war against Division 3, is he a scared child stuck in an adult’s body? Is he James McAvoy from Split, with an untold number of personalities fighting for control, or is he actually the yellow eye demon? How does the thing with the yellow eyes have so much control over what is going on in David’s head, is he trying to control him, steal his powers or is he just an underlying personality trying to exert itself.

Those three possibilities give us an idea of who the villain of the season actually is. If he is trying to steal David’s abilities, he may be a reimagining of the comic character the Shadow King. The Shadow King is a powerful psychic who is always trying to challenge other telepaths in an effort to control them and increase his power. We have no idea how powerful David actually is, each week we seem him do something we’ve never seen before. At one point Ptonomy even asks David “what are you” after he teleported the three of them 600 feet into a building while he was in a trance.

If they wanted to tie the show into the movies in a small way then the demon could be Professor Y. He is a comic character that is the manifestation of David’s resentment for his father Professor X. This seems unlikely for multiple reasons, most notably because it would be the only major tie in to the X-men other than hints and random x’s around the building; it is its own story. We also got a strong indicator to the time that this story is taking place. Melanie’s husband inherited the compound in the 1940’s and he spent 30 years building it with Cary. That means we are somewhere in the 70’s or early 80’s at the most. That would explain the outfits and most of the technology. The items we cannot explain can be chalked up to mutants made it or secret government agencies kept it to themselves. 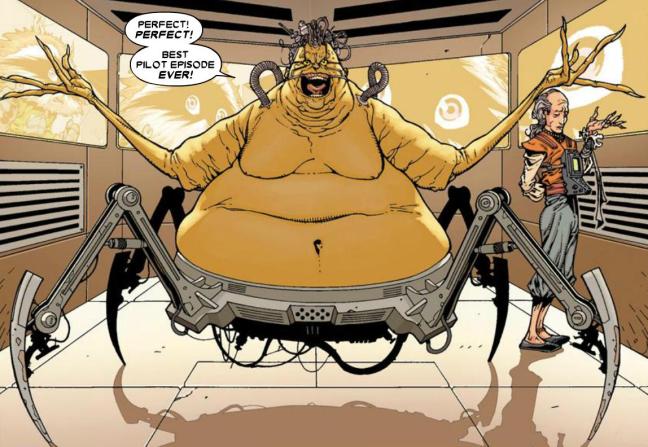 If the true identity of the yellow-eyed devil is Mojo then the most popular fan theory will be correct. Mojo is a character known for putting others into battles to the death or other intense situations all for TV ratings. In a previous episode, we see a field of TVs showing moments of David’s life, which could hint at this being true. Maybe every time they access David’s mind they are coming one-step closer to revealing the truth and releasing David from the Matrix. All three outcomes have something different and exciting to offer that at this point I still cannot decide if I have a way I want it to go. We could end up with a psychological thriller as a man battles his own mind because of his past. Alternatively, we might get a different take on how our society views TV and the harm it could be doing to us, and the people behind our favorite reality shows. Finally, we could end up with an all-out psychic battle, which would be the most exciting to watch. With the reliance on visuals that has played a large role in the series to this point, a psychic battle could give us some very interesting images. 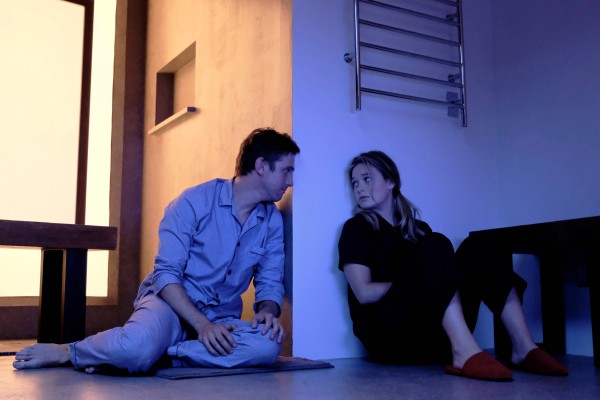 The relationship between David and Syd is still my favorite part of this show. The funny moments as they discuss what they did or did not do while in control of the other person’s body. They also have an intimate moment when Syd wants to be there when they go back into his mind and David is terrified that when she sees him at his worst she won’t want him anymore. The confirmation of the existence of the soul was particularly fun, as we hear about some of the other bodies Syd has taken for a ride.

It may not have a tie in to the movies but the first X-men related TV show in 20 years premiered tonight on FX. If you are like me you watched the trailers online or saw a commercial on TV, and you felt intrigued, even though you had no idea what was going on. I’m not sure a lot has changed now that I’ve seen the pilot episode. I’m excited about Chapter 2, but I have very little idea of what’s going to happen next. END_OF_DOCUMENT_TOKEN_TO_BE_REPLACED 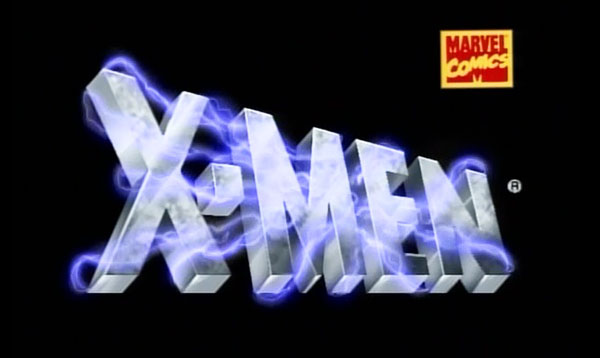 Hello all my X rated fans. It’s I The Vern and I sure missed you a whole bunch these last few days while I was gone.  Did you all have a good labor day weekend to go out and enjoy this nice weather before fall hits.  You did, well that is just awesome.  A few of The X-Men including Storm, Jubilee and Gambit decided that a break also sounded like fun.   So they decided to head on out to this Island that supposedly accepts mutants.  But before they can apply that sunscreen and take a dip in the pool. They are attacked and are captured by Sentinels. Will they be forced to participate in several lame camping activities to win a merit badge or will Cyclops and the rest of the team find them before they haft to endure arts and crafts hour. END_OF_DOCUMENT_TOKEN_TO_BE_REPLACED

Well, hello again X-fans  and X-friends.  It is I The Vern.  The only writer at Chanel Superhero whose mutant ability is that he can drink drink Irish whiskey while being only Norwegian.  When we last left our mutant friends.  Wolverine’s jealousy of Cyclops and Jean Grey have become just too much and he just had to leave.  The man does have the powers to heal quick while in a fight, but he doesn’t have the one that helps fix a broken heart.  Oh and Gambit, Storm and Jubilee star in their very own 80’s comedy when they visit a resort.  What kind of shenanigans can three wild young superheroes get into on the beach?  Read on to find out. END_OF_DOCUMENT_TOKEN_TO_BE_REPLACED

We have seen The X-Men battle the likes of Magneto and Sabretooth, but in this episode. We get to see two of these great heroes battle a foe that will be the demise of them both.  The love of another woman.  In particular I’m speaking about Wolverine and Cyclops and their love for Jean Grey.  Not that I blame them, I too have a fondness for redheads as well.  I’ll get into that love triangle a little later as well as talk about the joys and pain of one of the members being used as a sex slave.  But let’s get to the meat of this episode, shall we. END_OF_DOCUMENT_TOKEN_TO_BE_REPLACED 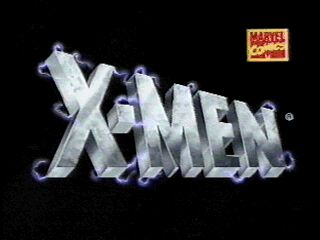 Well, dear readers, we reach another week, and that can only mean one thing.  It’s time to start look at another episode of X-Men:The Animated Series.  When we last visited our mutant friends.  They had just defeated Magneto from using nuclear weapons and Professor X had taken in Wolverine’s swore enemy Sabretooth in for some treatment.  What sort of plans will Magneto unleash upon our heroes and will  Charles Xavier be able to calm down the rage of Sabretooth.  Let’s find out. END_OF_DOCUMENT_TOKEN_TO_BE_REPLACED