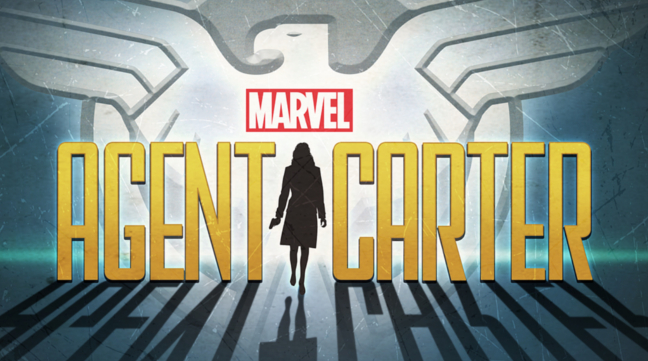 Episode Title: A Sin To Err

After an action and story packed episode last week, this week’s ‘Agent Carter’ slows down a lot to make room for more, Peggy / Jarvis silliness before switching gears again for the 3rd act in favor of a cliffhanger ending and an interesting twist. While not as fast paced as the last episode, episode 6 of the series, entitled ‘A Sin To Err’, may not have moved things along as fast as it could’ve. And with only 2 remaining episodes, is the slowed pacing really a good idea? Lets find out.

END_OF_DOCUMENT_TOKEN_TO_BE_REPLACED

‘Agent Carter’ returns after a one-week break with an episode that is hopefully setting up the remaining half of the 8-episode mini-series. One of the more slow episodes of the Season thus far, The Blitzkrieg Button focuses on Howard Stark’s return to New York in order to check out which of his inventions the S.S.R has confiscated, while the officers of the S.S.R. follow their leads to get further clues about the mysterious villains introduced in earlier episodes. This episode is much lighter than the others, especially when you see Stan Lee make an appearance, and not a lot happens until the last 10 minutes, where a lot is set up for future episodes.

END_OF_DOCUMENT_TOKEN_TO_BE_REPLACED

The third Episode of Marvel’s Tie In to their Cinematic Universe pulls back the scope of the series to focus on one character and solidify the original premise a bit more. While the first two episodes dealt with finding bad guys behind the theft of a super glowing bomb that was stolen from Howard Stark, this episode Agent Peggy Carter begins her official investigation into the theft. Having been left a message by one of those bad guys, who maybe could’ve been good, Carter is able to track down where the rest of Stark’s ‘bad babies’ were kept.

END_OF_DOCUMENT_TOKEN_TO_BE_REPLACED

‘Agent Carter’ is (so far at least) a one shot mini series that expands on the Marvel Cinematic Universe from the movies with stories that act as a prequel. The show is an 8 episode mini series that focuses on a character first introduced in ‘Captain America: The First Avenger’ as Steve Rogers‘ love interest, Agent Peggy Carter played brilliantly by Haley Atwell.