OH NO!!!!  This is it folks, the last and final episode of Jess Archer Vs.  Just when I was falling more in love with these characters.  The rug gets pulled under and it ends.  I’m reminded of that awesome song “Marathon” by the nerdcore group Fuzzy Machete.  In that track it talks about how you can spend hours watching your favorite show, and then become angry when it all just ends.  That is kind of how I feel right now, but with thanks to podcasts like TV Good Sleep Bad, and FilmWhys.  I’m glad this show is getting more exposure.  So let’s do this right and tell you how it all ends. Oh , and if this is your first time reading about this series.  Please go back and read the previous posts.  I’m not going to explain past episodes. You should have been taking notes.

During the epic montage of episode 7, we learned that all the cheerleaders had the exact same story.  When Jess and Chase(Emily Williams, Stefan Kumor) question the janitor.  He tells them that he saw a blonde cheerleader leave Troy’s locker area the day he was busted.  Jess knows right away who it was when it was revealed that her hair was down.   He name was Casey..no, Kasey..no, ummm.  Oh yeah.  K.C. was short for Kayden Carilse. head cheerleader, and Troy’s girlfriend(Claire Autran).  But why would she have Jason help steal the answers that helped expel her man.

The way it’s explained is that Kayden wanted revenge against Jason.  She pretended to befriend him and gets him to steal the answers and frame Troy.  After that she tells her BF to hire Jess to prove his innocence.  Throughout the show, with hints from various characters including head minion Melinda(Linsey Summers).  This leads our true detective right to Jason, where he is set up and busted for stealing the  answers.  When asked, why she set up this elaborate plan.  Kayden just tells Jess that she was bored and wanted to have fun.  Kind of a weird way of having fun, but something tells me that she will be quite the villain in later seasons.  The episode ends with a confrontation with Officer Wilfred Turner(Joel Stigliano) and a heartfelt moment with Chase that was unexpected, but nice. 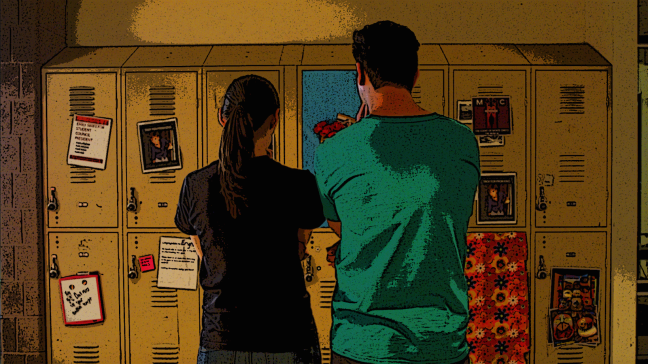 When we learned the outcome of Kayden’s plan.  It wasn’t as exciting as I would have liked.  It would have been better if Jess found out about Kayden’s plan, rather then have it explained to her.  It felt too much like a Bond Villain revealing their plan before the last act.  Still it does help set up that character as more of a threat for later seasons and I’m excited for that.

I really liked the moment at the very end where Jess teases Chase about his taste in women.  There is a look of admiration and love on Chase’s face for Jess when she talks about his crush on Alice.  It’s not any kind of romantic love, but a kind of love that  doesn’t get seen much on TV shows, and that is the love between two friends.  Most movies and shows would demand that these two should fall in love and I’m glad this one does not.   Maybe in later seasons they can maybe explore possibly dating each other, but I don’t want this to turn into what happened on The Big Bang Theory or The Office.

Director Amy Taylor has created a very great show with great characters that I want to spend time with.  Even if I don’t like every person at Hudson High.  I do find all of them to be fascinating.  Next week, I will do a wrap up of the season and give you folks some great outtakes of this episode. 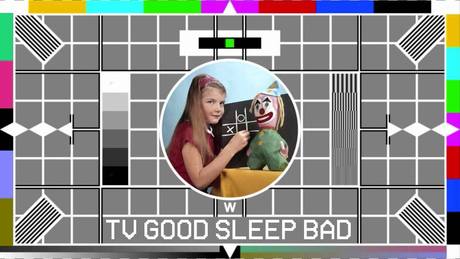 Amy Taylor was a special guest on FilmWhys Spotlight  along with host Bubbawheat and others to discuss a movie that had a lot of influence on this series. Scott Pilgrim Vs The World.