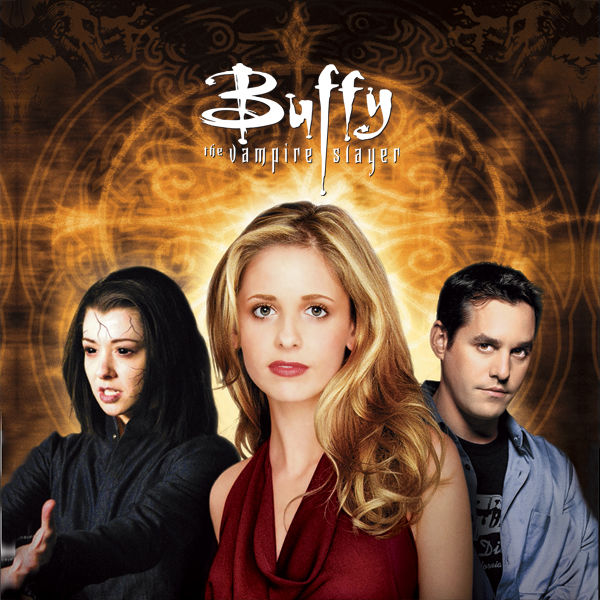 “Xander you ate the burger?” – Buffy

We are not at the halfway point for the series and everything is still pretty much decidedly in a mess for the Scoobies much like the structure of the season. Currently we have no real big villian outside of “The Trio” who at the start of this episode has high tailed it following their last encounter with Buffy. Willow is still going through magic withdrawal and Buffy is still in a screwed up secret relationship with Spike. Still atleast this week Buffy is attempting to try and get her life more in order as she takes a fast food job at the “Double Meat Palace” only to find out that strange things might be happening to the staff.

The Double Meat palace essentially is the Buffy-verse version of McDonalds and while perhaps seemingly like a throwaway location for this episode, it has made several surprise appearances in the comics but here it makes for a suitably creepy location for this monster of the week episode and one which actually manages to throw in a few fun twists in the lead up to the reveal of what’s been happening to the staff, but not of course before the Sweeny Todd angle has been played.

For Buffy though this is something of a new rock bottom for her especially when its a job which involves her having to deal with a super creepy boss played perfectly by Brent Hinkley and fellow employees who appear to have been drained of any kind of emotion. Add to this Spike who comes off almost stalkerish this week in his flirtatious taunts, though to see him and Buffy having sex by the bins was kind of alittle too bleak for an already draining episode. Thankfully by the second half of the episode we do get some fun bursts of Buffy wrongly assuming what’s been happening when she finds a finger in the mince

Elsewhere Willow is still moping about the place from her magical withdrawal making it hard to fault Amy for leaving her the parting gift off a burst of magical energy which Willow is left struggling to control and which for some reason causes anything near her to fall apart.

Xander meanwhile who has spent most of the season pushed into the background does actually get a couple of moments to actually be involved in the plot this week even if its playing the comedy relief. Still we do get the thrilling planning for his wedding which seems to be what him and Anya have been reduced to though Anya does get some fun scenes with her vengeance demon friend Halfrek who initially thinks she’s been summoned to punish Xander.

While the first half of the episode might be alittle bleak it does manage to claw things back for the second half with a great payoff making it worth sticking with.