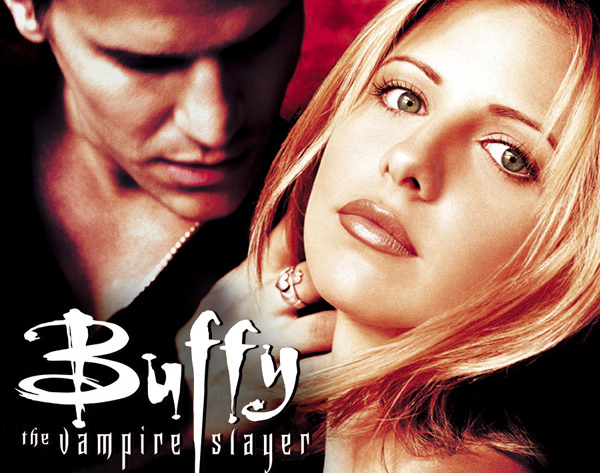 Season 2 really has been something of a mixed bag for the show, as here having setup its premise with the brief 13 episode first season here really stepped things up and made the most of having a full 22 episode run as we start to see the Scoobie members starting to settle into their roles, while others powers start to awaken.

This season we saw Buffy much more settled in her role as the slayer, while certainly having a major threat as she found herself having to face the evil version of Angel, while also having to content with Angel’s old friends Spike and Drusilla who also made their debut this season. Spike being introduced as having already killed two previous slayers and looking for a third with Buffy, while his beau Drusilla starting off as the dazed flower child but soon showing herself equally dangerous with her psychic abilities in the latter half of the season.

The Scoobies meanwhile really started to settle into their roles aswell, now having become veteran vampire slayers, while Cordelia accepted her place in the group which like her relationship with Xander made for another of the surprising moves for her character especially as she maintained her role as the popular girl and yet somehow it worked. Willow got to move on from her crush on Xander as she started her relationship with new group member Oz who soon after his introduction turned out to be a werewolf caused more amusingly by a bitten finger from his nephew. Giles meanwhile got to show off a much darker side to his character as we got the first tastes of his inner badass side, through flashbacks to his wilder days and in one of the season highlights when he went looking for revenge for Jenny’s death, taking on Angel single handily and burning down his lair at the same time.

While the idea of a vampire trio as the big evil for the season might have looked great on paper especially with Buffy still having feelings for Angel it frustratingly never quite worked out with Spike and Angel spending more time trading barbs with each other than actually attempting to kill Buffy and the Scoobies, with Drusilla essentially being there to add gasoline to the heat between them. This of course is only made worse by the fact that when they apart they are actually more effective with Spike and Drusilla’s debut in “School Hard” really highlighting them as a real threat for Buffy and possibly would have been best just leaving them as the big evil for the season. No doubt the showrunners were especially glad that they didn’t dust spike this season as had originally been planned more so when you look at his character arc in the seasons to come. This of course is not to say that Angel is completely useless in his evil form, as he has some genuinely evil moments such as when he kills Jenny in one of the saddest moments of the series, its more just he seemed more focused on tormenting Buffy and the Scoobies than actually being a real threat until the finale.

The two part finale “Becoming” really felt in many ways like the showrunners having the finale sneak up on them, especially when Angel deciding to send the world to hell comes seemingly out of nowhere. That being said it managed to perfectly pace out the action and pull out more than a few surprises including Spike having second thoughts and forming an uneasy alliance with Buffy to help her take down Angel. I especially like the fact that the showrunners didn’t just decide to cop out on the ending as despite Angel’s soul being restored, Buffy still sends him to hell realising that it was for the greater good in a real ballsy move for the show and one which ultimately pays off with Buffy taking the bus out of Sunnydale really providing the perfect ending for the series.

Ultimately this season belonged to the monsters of the week and it’s been quite collection we got this series from the aforementioned werewolves though to the mutant fishmen and killer robot boyfriend Ted who seduced Buffy’s mum this season frequently saw its best episodes belonging to the one off monsters. At the same time there was a lot of fun episodes outside of the monsters, such as Xander’s teaming up with the Witch Amy to cast a love spell only to find himself overwhelmingly attractive to every woman in Sunnydale and it just made me wish that they could have found a way to give us a better big evil that we ultimately got here, more so when these one off episodes are so much fun it stops it from being the perfect season it could have otherwise been.

So what lies ahead in season 3? Well we get to learn more about what the mayor has planned or Sunnydale, especially when his presence is hinted at throughout the season, with Principle Snyder frequently seen reporting back to him in some of the subtle hints we get of things to come. Thanks to some bright spark in the promotions team leaking the fact that Angel was getting his own series we also knew he was coming back for one more season and with graduation looming for Buffy and the Scoobies what will this final year at Sunnydale High have in store for them. Most excitingly though is the arrival of the ultimate bad girl slayer Faith who also makes her debut but how will her wild ways effect Buffy’s approach to slaying.

Make sure you join me next week for the start of season 3!