Let’s talk about Rex baby, let’s talk about all the good things and the bad things that may be in this episode. The third and final episode of the initial release of Supermansion that will cover themes of the circle of life.

An injured Rex is forced to face his mortality while Cooch is in heat and welcoming almost all suitors. While the last episode was dominated by movie references the pop culture inspiration for this episode seems to be things seen on TV. We see a Tom Cruise-esque couch jump on a Jimmy Fallon inspired talk show, and a call back to the McDonald’s nothin’ but net commercial from the early 90’s.

For the third straight episode we are introduced to a new villain for the league to battle, unfortunately like the last episode we once again get no mention of the Injustice Club. I hope the team of supervillains will play a major role next week. 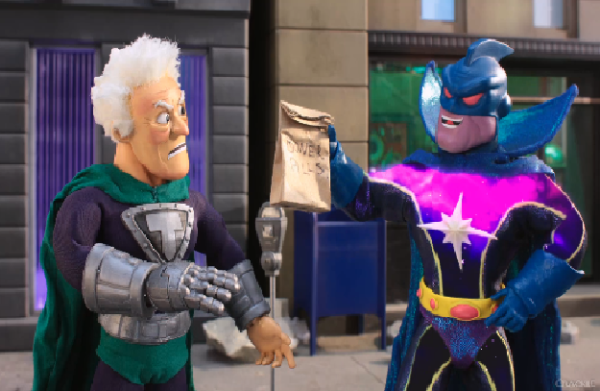 Blazar is a space dwelling villain who wears a cosmic themed costume and flies around on a space tricycle. He was banished from earth by Rex years ago and is back to make all earthlings bow to him, because he believed Rex would have died by now. It is during this battle that Rex is injured and begins to question his mortality and ability to lead the League of Freedom. Like many seniors, Rex wonders if he is playing a young man’s game and if he’s doing more harm than good by insisting on being a hero.

At the other end of the circle the rest of the team is dealing with Cooch, who is making constant advances towards everyone besides Brad. She turns him down because he is the type of addict who is currently part of eight 12-step programs and she only wants to hook up, not for someone to fall in love with her. Between sexual advances to and from Cooch, the team is on the look out for who stole Black Saturn’s burrito and trying to decide if Rex should still be their leader. Since Jewbot has no interest in sex or food he decides to help Rex improve his image by going through a 3/4 life crisis. He dyes his hair, changes his clothing, and keeps trying to make kank happen. 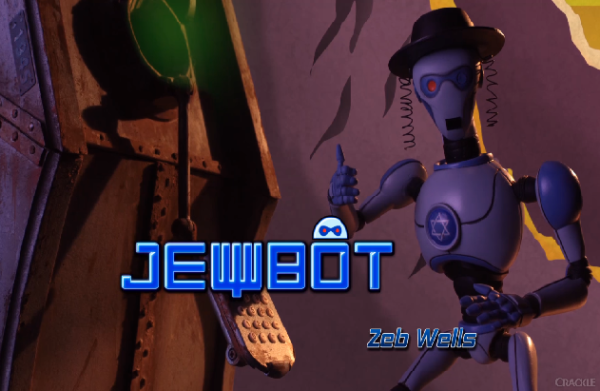 At this point, 25% of the way through season one I have to say that Jewbot is my favorite character. He is more subtle than the rest of the cast with a dry straightforward wit. He will make his comment and move on quickly. He is very loyal to the league and Rex especially. His search for the meaning of his existence is easy to sympathize with, as he wonders if being created by a human makes him lesser than those around him.

After his bid to remake his image fails Rex has decided to quit and return home, which is not an alien world but the city Subtopia which is at the center of the earth. The only one there to say goodbye is Jewbot and in lieu of a typical keepsake he gives his arm to Rex as a way to remember him. While Rex is beginning his trip home Blazar returns to battle the aging hero and the entire team. Without Rex and Jewbot the team is no match for him and Blazar is threatening to kill them if Rex doesn’t come out and fight. To find out if Rex comes back or if the team is on their own run to your internet connected device, unless your near a pool then walk, and watch this episode of SuperMansion.