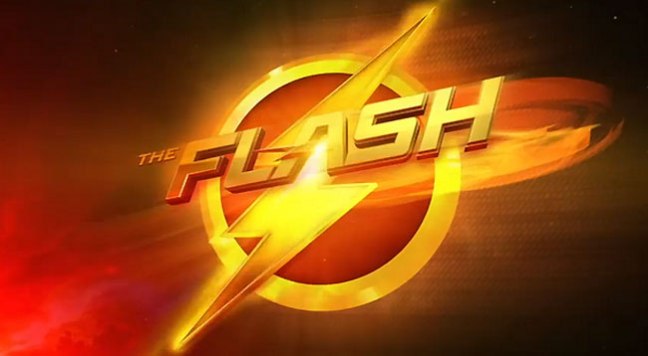 The Flash is back and so is his first recurring villain: (not counting the metal guy who Wells let out to fight the electro guy a couple episodes back) Captain Cold. Honestly, I’ve been a little nonplussed by most of the villains that Flash has faced this season with the exception of Reverse Flash. It’s been nice that they have been using some of the more flamboyant of his villains instead of going low key, but none have really been much more than the freak of the week. So I’m glad that Wentworth Miller returned, and it seemed like he has a better handle on the character. Back in episode four I thought he did a good enough job, but I really enjoyed how he played the villain this time around with his obsession with the Flash and his odd clipped manner of speaking. It also helped to have the addition of Heatwave with his slight Russian accent and psychotic tendencies to help play off of Captain Cold.

There are quite a few different subplots in the show and I do have to compare it to another show airing this season, Gotham. Where Gotham’s subplots seem to be disconnected and random, the Flash’s different plots seem to be much more closely connected to each other and make sense in every context. We get to see Cisco essentially atone for his sins from the earlier episode where he created the cold gun in the first place. Now he gets to create some new tech to help protect the police officers from the cold gun and has a nice moment of vindication at the end. Dr. Wells also has a moment at the beginning when Barry is training where he appears to almost get out of his chair when he thinks Barry is in danger. This adds to the speculation that he is not just someone working with Reverse Flash, but also a speedster himself if not actually the Reverse Flash. 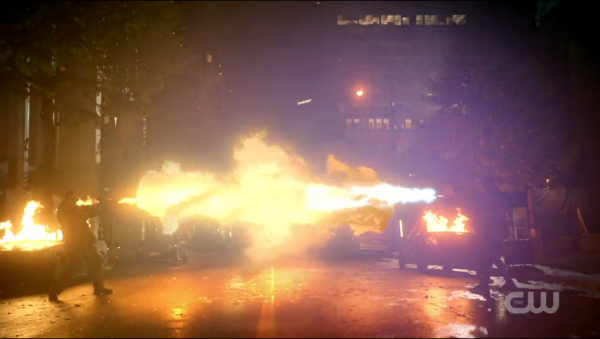 Finally, I do want to touch on the relationships between the main characters. It’s a simple, but effective touch to see the relationship between Wells and Barry where and how Wells thinks of them as partners while Barry thinks of them as friends. Something that I imagine will turn into both a betrayal and possibly some redemption down the line. There’s also forgiveness between the Flash and Eddie where Eddie helps out Flash in the climactic battle, and while Iris moves out of Joe’s house, Barry ends up moving back in, as Millenials do nowadays anyway. A great moment of humor to end the show on, by the way. All in all, it was a really great episode with fun villains, nice action, and it furthered the overall arc of the show. Now the Flash is no longer just a myth on the internet, he is a full fledged known entity in Central City.