Welcome to the first of hopefully many forays into the wide world of webseries! Because nowadays television isn’t just about television, there’s so much content out on the internet in terms of shorts, animation, and of course, plenty of superheroes and comics. But we’re not here to just find webseries and share them with you, here at Channel: Superhero we want to give you that little bit extra to give you a reason to watch those webseries here rather than YouTube or Vimeo or wherever else they may be. So today I have a brief Q&A with writer Sammy Corrado and Cool Town Creations founder and animator Carol Rasaphangthong along with some behind the scenes pictures of the animation process. So I hope you enjoy the first of these and keep a look out for more to come! 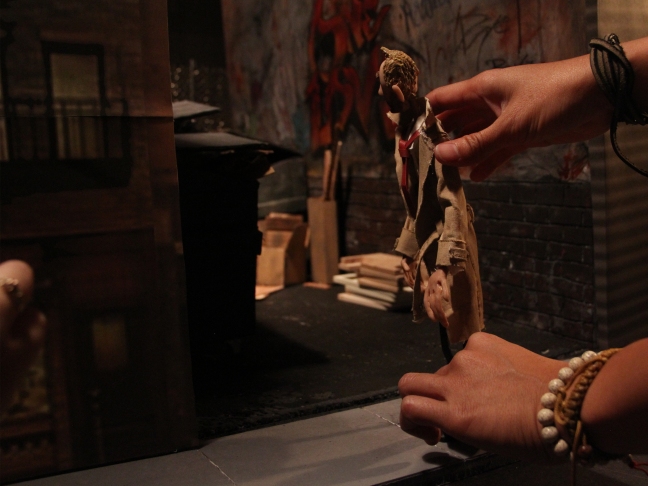 John Con Noir is currently a four-part stop motion animated webseries based on the Hellblazer comics and tied in with the NBC series Constantine. The star of the NBC series Matt Ryan also does the voice of John Constantine in John Con Noir. It’s animated by the fine folks at Cool Town Creations in cooperation with NBC, Warner Bros and DC Entertainment. And you can watch it right below.

Channel: Superhero: The first episode has the future of the character in jeopardy in a very meta way, was this in response to the uncertain future of the show itself, or was it written before all of that?

Sammy Corrado: It’s actually quite funny. When we initially brainstormed story ideas — I had just finished reading over 100 Hellblazer comic books. There are so many places we could start from story-wise, but we wanted something fresh and silently funny to promote the show. Something that WB, DC, and NBC could get on board with. Like the comic, Constantine ages in real time. We wanted his clay animated story to play out in 2015. Also, the idea of bringing him to Los Angeles could be incredibly fun — watching him kick about Hollywood. It just so happened that NBC decided to make the first season 13 episodes. We started shooting “Trash” long before anybody had made any decisions. Sometimes stories just fall into place. And sometimes Showrunner’s just go missing due to dark supernatural forces.

CS: What are your thoughts about John Constantine as a character?

SC: John Constantine is one of the baddest lone wolf’s of our time. 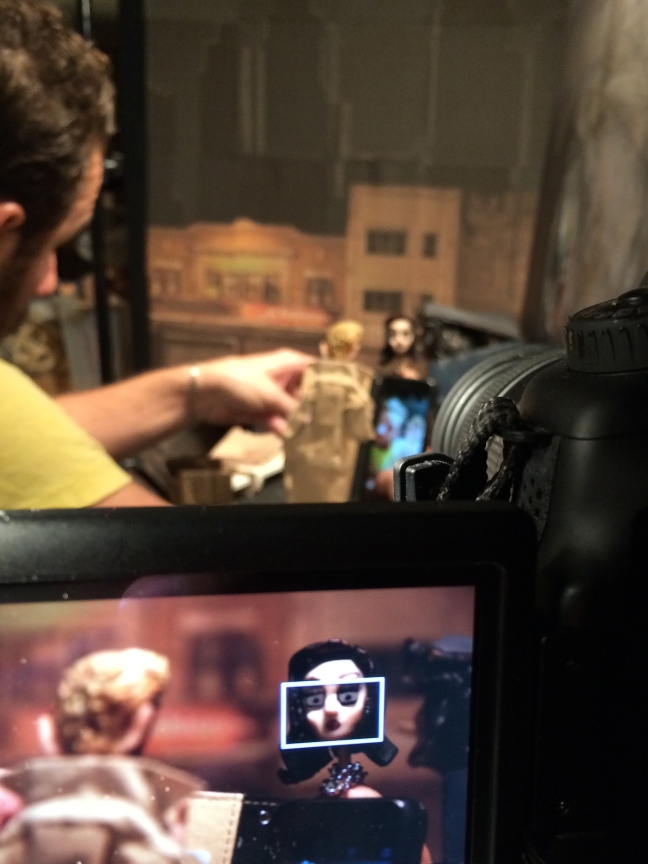 CS: Carol, how did you get into stop motion animation? Do you feel it’s an art form worth preserving in the age of CGI?

Carol Rasaphangthong: I have always loved stop-motion animation and making miniature things. Jen and I have worked together on a few shorts in the past and Cool Town was something that would allow us the blank canvas to build and design and to tell stories of our own in between projects. And stop motion was accessible, economical, suited us as creatives, and has become our primary focus as filmmakers. It definitely made me a better filmmaker and storyteller because it allowed the opportunity to wear other hats and play other roles on a production. The possibilities are endless. And while I really enjoy CGI, stop-motion has a tangible aesthetic and the imperfection that comes with it is a part of what makes it so charming. If anything, it’s trending now more than ever. In some cases CGI has been used with stop-motion, which also works nicely. It’s always fun to mix mediums and we’re not opposed to it – there’s so much out there to be explored and sometimes you have to combine different things to create the most adequate visuals to support a story.

So what did you think of it? Do you have a question about John Con Noir for the team at Cool Town Creations? Leave it in the comments section below and you just might get your question answered in a future episode.