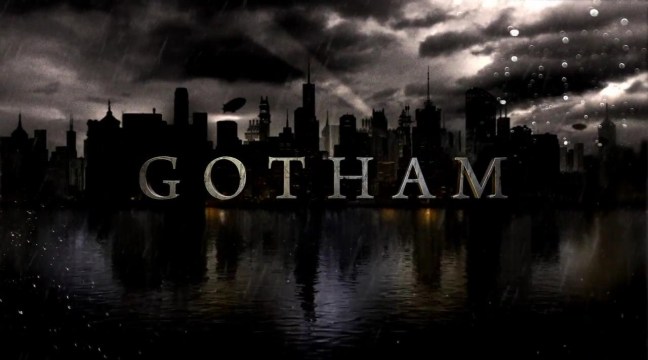 Episode Title: What the Little Bird Told Him
Original Airdate: 1-19-15

After a week off last week, Gotham comes back with the first villain that really feels like it could have been one of Batman’s villains, and after doing a quick Google search turns out that he actually is a Batman villain when he goes by the name he is given in this episode: The Electrocutioner. But even though that aspect of the episode was the one that was played up the most in the previews, it didn’t actually take up a great deal of the actual episode. A large chunk of it dealt with wrapping up a good chunk of the grand conspiracy between Fish, Falcone, and Penguin. Overall, I thought it was another good episode with a few nice touches and once again a few real eyerolling moments that didn’t feel like it furthered the plot or the characters in a good way.


The Electrocutioner arc itself was done fairly well, Christopher Heyerdahl as Jack Gruber and all his odd little electrical gadgets. There’s a nice little setup and payoff with Nygma, Gordon, and the insulated galoshes. Though I wasn’t quite as fond of Nygma’s continued courtship with the other file clerk. It does have a few nice moments of foreshadowing where you can see the villainous seeds being planted, but generally it’s just him being quirky and weird, and I find it unfunny more often than not. Some of the best moments were between Gordon and the current commissioner played by Peter Scolari both when Gordon asked to be put on the case, as well as when he is at the news conference celebrating the capture of the escaped convict. Donal Logue constantly proves how valuable he is as a character, even though he doesn’t have a whole lot of screentime, he makes up for it by being an absolute joy when he’s being dragged into Gordon’s hole. It’s great to see Gordon really start to show what he can do and that he can be a force to be reckoned with. This is really one of the first few episodes where I like what Ben McKenzie is bringing to the table.

But the real meat of the story lies in what would probably be considered to be the B-Story between Fish Mooney, Carmine Falcone, and Mooney’s plant Liza whose name I hadn’t given much mind to until it got repeated ad nauseum in this episode. The entire Liza subplot always felt weak, and never made entirely much sense as to why Falcone would fall completely for this random woman, take her in, and treat her like a doll almost. He never makes any sexual advances towards her, he merely keeps her around him. We do get a bit of an explanation here when it’s revealed that she is supposed to remind him of his mother. It’s possible that it was mentioned in earlier episodes, but the point wasn’t driven home until now. But in the end, what is really important in terms of the show is that the balance of power completely shifts at the end of this episode. Falcone returns to form as a Don to be reckoned with, Fish Mooney is taken out of the equation albeit still alive, and Penguin comes out on top. At least with Falcone, there is a seed of doubt driven into his position with Morone who was generally just some comic relief as bait for the Electrocutioner. Finally, I do have to mention the worst part of the episode for me was the brief scene where Barbara goes to stay with her rich, prim, and proper parents. It felt unnecessary as a character building moment and it really just halted the momentum of the other important storylines going through the show. But overall it was a good episode, not great.