If you recall, when we last left Angel Grove the Power Rangers had a lot of trouble on their hands. Lord Zedd’s Pirantishead monster has control of the T-Rex Zord and the Dragon Zord and is using them against the rangers. The other zords are all out of commission. Sure, there are new zords available to use, but the rangers have to regain control of the captured zords first. So, Billy and Trini are off trying to build a signal blocker so they can get the zords back, while the other four try to keep the bad guys from tearing up the off-road race. Let’s see what happens next in The Mutiny, Part III.

Well, our heroes aren’t having too much success holding off the attacks of Lord Zedd and his minions. Luckily, Billy and Trini show up with the signal blocker. Hope is soon lost, though, when the device doesn’t seem to work. So, the rangers create the Power Blaster to try and fight off the Pirantishead. This buys them enough time to fix the device. It turns out that Billy, the supposed genius of the group, put the batteries in upside down. Then, with the flick of a few switches, they manage to disable the zords. Lord Zedd then responds by opening up a crack in the earth, which swallows up all the zords. Tommy sends the Dragon Zord back to the sea, though, saving it from destruction.

The next move for Lord Zedd is to make the Pirantishead grow to giant size. He does this with some sort of orb, as opposed to Rita’s old magic wand method. Lucky for the rangers, they can now utilize their new zords, except for Tommy, that is. He’s still too weak for a new zord. The rangers head off and immediately call their new zords, and then come together to form the Mega Thunder Zord. This thing looks a bit like a suped up samurai robot. An epic battle breaks out between the Pirantishead and the Mega Thunder Zord, but the monster is very quickly defeated. After the battle, Zordon and Alpha brief our heroes, promising they will discover new powers with these new zords.

After a two episode build up, it’s good to finally see the new zords put into action. It’s a bit confusing, though. We get a pretty cool looking sequence where we see the old zords zapped with lighting before transforming into the new zords. But, a few minutes earlier we saw the old zords swallowed up by the earth. Plus, in the previous episodes we were told that these were new zords, not revamped versions of the old ones. It doesn’t make sense, but whatever. While some of the new zords are cool, others are a bit clunky looking. Still, I liked the samurai-inspired look of the Mega Thunder Zord. A bit awkward, though, is what the rangers have to say when calling the new zords. For example, Zack has to yell, “Mastadon Lion Thunder Zord Power!” That’s quite a mouthful, and none of the other rangers have it any easier.

The action sequence we get when Mega Thunder Zord battles Pirantishead is pretty impressive, but very brief. We get a high volume of explosions, and some fun samurai sword action. I do wish, though, that the Pirantishead hadn’t been such a pushover. I mean, he throws his fish nunchucks around a bit (yes, he has fish nunchucks), and then gets sliced up pretty quickly. He doesn’t put up too much of a fight. 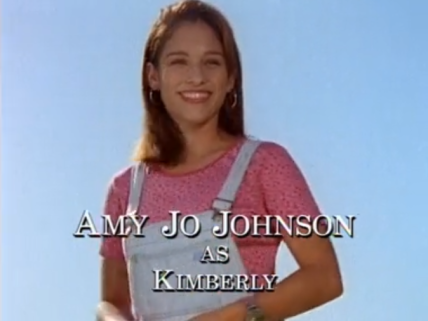 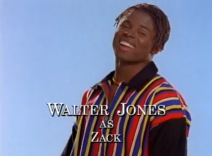 We should note that this episode gives us our first look at the new opening credits sequence for season two. The theme song is the same, but we have completely new scenes included, complete with shots of the new zords and Lord Zedd. All references to Rita are gone. We also have a new credits order for the cast. Now, I don’t know if we can really say anyone was ever getting “top billing” on the show, for all I know they pulled the names out of a hat and went with that order. However, the first cast credit now goes to Amy Jo Johnson as Kimberly. I can kind of see why they may have chosen to go this route, as she was definitely one of the more popular cast members after the first season, especially among many of the show’s prepubescent male fans. David Yost (Billy) is listed second, Walter Jones (Zack) is third, Thuy Trang (Trini) is fourth, Jason David Frank (Tommy) is fifth, and Austin St. John (Jason) as the leader of the team gets the final slot.

One other first for this episode regards everybody’s favorite floating head, Zordon. On two separate occasions in this episode, we actually see him smile!?! I’m glad to see the big guy lightening up a bit, but it does look a bit weird. I suppose this is just another indication that things are going to be a bit different as we move into season two. Not THAT different, though. I mean, there will still be plenty of weird monsters to deal with. As we’ll see in our next episode, The Wanna-be Ranger.