Well, I know I did loads of complaining, and it wasn’t exactly a very even season of iZombie, and at times they seemed to be making up the rules as they went along, but I’d rather take it the way it was than not have it all. And it definitely ended on a high note.

My biggest complaint, obviously, was Liv’s over-the-top (how many times have I typed these three words this season?) antics while on most of her brains. They were normally for laughs, and usually well earned, or they led to big changes, like when Clive severed ties with her after her superhero brain adventures. But I feel that this season they decided to change things up and make Liv take on a brain’s most dominant trait, whereas last season, that wasn’t always the case. Not only did it lead to some ridiculous gags, I also feel it’s very short-sighted to say a person amounted to this one personality trait. When she ate the brain of the prostitute in the pilot, she didn’t try to sell her body to anyone. She became a kleptomaniac and spoke the victim’s native language. When she ate the amorous artist’s brain, she spoke in extreme detail about things she saw, picked up a paintbrush and tried to get back together with Major. So I’m a little disappointed they decided to settle on this angle.

As for the world building, it felt cluttered and a little vague at times. Of course the ambiguity may be my own fault. It was obvious several people had an agenda for something, but I couldn’t always pick up on it. But when they tried to shove both Max Rager and Stacy Boss into one episode, too much was happening in 45 minutes. Actually, I’m pretty bored with the whole Boss angle as it is. He served a few purposes, but I don’t know why he still needs to be a part of the show. Thankfully they knew when to take out VDC, but they need to go bigger with Boss, or drop him altogether.

However, despite these missteps, they brought everything together nicely and went out with a bang, but left us wanting much more. So enough with the negativity: here are a few of my favorite things:

Favorite Case: Even Cowgirls Get the Black and Blues

The case of this episode was very different than anything we’d been given before and since because, despite the few potential suspects who were close to the murder victim, it boiled down to be a random act, which happens a lot in life. Not everyone in our day-to-day lives is out to get us, and some crimes are simply a matter of wrong place, wrong time. So I really respected the decision to make this a “just because” act of violence instead of the typical “who dunnit?” 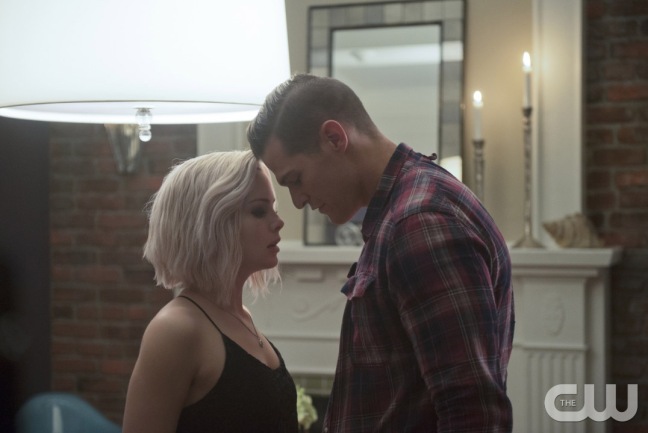 Of course we’ve all suffered through the popularity of Fifty Shades of Grey over the past few years. Erotica novels are nothing new, but for some reason that trilogy became crazy popular and the atrocities of such “literature” made being a girl pretty damn embarrassing, especially if you’re a mid-30s stay-at-home-mom, whom everyone assumes are the target demographic for said books. (I prefer cheesy YA, thanks.) So Liv on the brains of a horny librarian who wrote such erotica in her spare time, hoping to make a career out of it, was extremely hilarious for so many reasons. The episode managed to poke fun at the literary genre, plus the people who love and loathe it. It also led to Liv going after Drake, something she probably wouldn’t have done otherwise. Though she was a bit OTT, the humor it generated totally justified the personality shift.

I volleyed between this and Salivation Army for awhile, but almost cheated and put them both since they played them on the same night as a farewell to the season. As much fun and action packed as the actual finale was, there was something very intense about this episode. Clive and Bozio cracked down on Major, twice no less, which also caused a world of trouble for Ravi, as an “accomplice,” and Liv who had claimed to be Major’s alibi. All of that on top of the fact that Major was sinking further from his humanity without a brainy meal, with Liv cut off from the morgue. And then the big reveal to Clive, leading him to save the day and destroying everything he’d been working hard for, both professionally and personally. As far more dramatic moments go, this show had the best of the season. Another honorable mention would also have to be Method Head, but just because I so want a show like Zombie High to be a thing.