It’s back. The prequel spinoff to that really popular show that’s two years ahead of it in the timeline. It’s all very strange when you think about it. Anyway, the second season premiere kicks off just a few hours after the first season finale. With no hope left for LA, the military (we assume) are just bombing the hell out of the city, driving a lot of Infected to the coastline, where the small band of survivors is preparing to sail out to Strand’s boat, the Abigail. They barely escape, with Liza’s dead body, and head for open water, hoping to make it to a naval base in San Diego.

Early the next morning, the first big rift happens when Madison wants to help a raft full of people, but Strand refuses. Travis agrees, which causes more friction between he and Madison. Chris sits over his dead mother’s body, until they finally decide to hold a funeral. While Travis says semi-kind words about his ex-wife, his broody teenage son angrily dumps his mother’s corpse overboard and storms off. And speaking of obnoxious teenagers, Alicia is put in charge of the CB radio to try to find any helpful military broadcasts, but instead starts chatting with a total stranger who seems harmless to a dumb teenage girl. He claims his boat is taking on water, but she says they can’t help them; however, she’s given enough info on their position that the mystery man is probably now coming after them. He’s probably one of the ones responsible for shooting up another big boat in the water, turning a large group of survivors into The Floating Dead, whom Nick encounters when he feels like going for a swim, because he’s Nick and he serves virtually no real purpose. As for the surviving Salazars: Daniel catches an eel for everyone to eat and Ofelia gets a line about her gunshot wound hurting. Intriguing stuff. 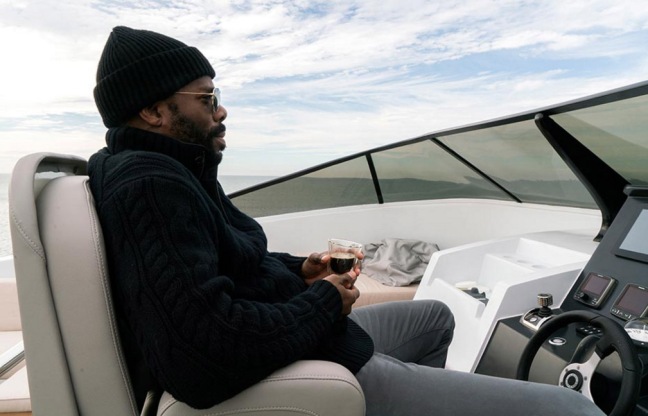 Can we just throw the damn kids overboard? I simply cannot with them anymore. Then again, maybe that’s why they are there: to make stupid mistakes and get everyone in trouble. Even 9-month-old Judith on The Walking Dead knows better. I get why they are the way they are, but that doesn’t make it any better to watch. Maybe they’ll run into Negan eventually…

I understand Madison and Travis better. Of course Madison would want to help the other people at sea that will surely die, I probably would too in the beginning, but logically speaking, everyone on the Abigail would end up dead. I can’t blame her for trying, no more than I can condemn Travis for not backing her up with Strand…Strand who remains the single most interesting character on the show, partly for the sake of mystery, but mostly due to an excellent performance by Colman Domingo. I almost don’t want to know more about him so he stays that way, but if they write him a good backstory maybe he will. However, if you’re not going to give Daniel and Ofelia more to do, just kill them off now, rather than drag it out and make them the expendable characters no ones cares about.

So not a lot happened in this season premiere. Essentially, this episode was a giant middle finger to everyone who thinks waiting out the apocalypse on the open water is a good idea. Not a bad episode (except for stupid kids), but I’m hoping for more entertainment at some point.