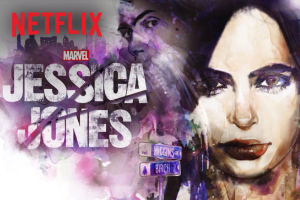 Episode Title: AKA The Sandwich Saved Me

Despite Jessica’s objections, Trish’s new friend Simpson gets involved in the hunt for Kilgrave. Jessica recalls a pivotal moment in her life.

In this episode we get more of the history behind the friendship of Jessica and Trish, including finding out that Trish’s family took Jessica in after her parents had died, along with seeing the potential future for Trish through her relationship with Simpson. Through flashbacks from before she encountered Kilgrave we see that Jessica is a bit more light hearted, she’s still incredibly cynical but she’s happier, more stable and has a greater desire to use her powers to help people. This leads into some ties to the comics through Trish designing the superhero costumer for Jessica and giving her the superhero name of Jewel, which is her superhero name in the comics. There is a clear difference in the performance given by Ritter in these sections of the episode which makes it all the more concerning over what Kilgrave forced her to do. 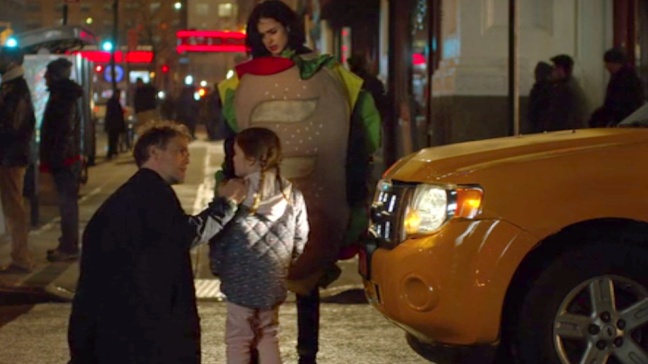 Speaking of Kilgrave, once again David Tennant is amazing. The very casual cruelty of the character comes through, abandoning people without a second thought and getting people to throw coffee in their faces just because they annoyed him. There’s also this very creepy charm to him at the end of the episode which adds to the whole idea of him being able to make people do whatever he wants. This episode also shows how far ahead of the game Kilgrave is. The plan that Jessica, Trish and Simpson had to capture him and keep in secured was a solid plan and would have kept everyone safe if it wasn’t for Kilgrave being ahead of everyone, having a tracker set up and bodyguards in place to keep himself protected. We also see the lengths people will be driven to in order to stop Kilgrave through Simpson being willing to torture people to find out where Kilgrave is, along with finding out that there was something in Simpson’s past to get him kicked out of the special forces, which will be really interesting to find out.

From here we get into Malcolm and we see just how long term Kilgrave’s plan has been. We see at the end of the episode that Jessica saved Malcolm from muggers just before she met Kilgrave and as a result, Kilgrave using Malcolm was not an accident, it was a deliberate strategy to mess with Jessica. We also see how Kilgrave ruined his life and how little he cares, Kilgrave thinking that Malcolm would just turn to drugs anyway, but this is in contrast to what we see of Malcolm before Kilgrave got to him. He was on the path to being a social worker and was a nice person but was corrupted by Kilgrave using both his mind control and the drugs he got Malcolm addicted to. As a result, Malcolm has been driven to his lowest point and feels like nothing will help him and the pain and frustration he feels over everything is brought across brilliantly by Eka Darville delivering his best performance so far in the episode.

There’s also a few well handled moments for Hope, showing how she is not coping with life in prison and is worried about having enough money to stop her fellow inmates assaulting her and Erin Moriarty is great here, showing just how broken Hope is. 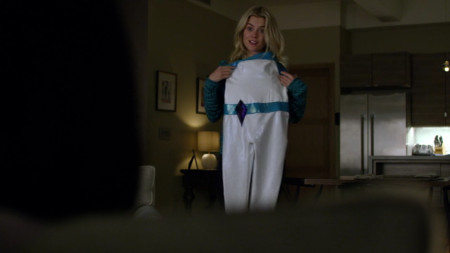 AKA The Sandwich Saved Me is a great world building episode for the show. Through seeing what Jessica was like before Kilgrave it instils a greater fear of Kilgrave due to just how much Jessica changed before and after encountering him, along with seeing how others have changed through their encounters with him, the battle of wills between Jessica and Kilgrave becomes much more powerful, the main action scene of the episode is really well handled and it adds new depth to characters I initially wrote off, mainly Malcolm. Another really strong episode.