After a couple episodes of build up, the show teases the main villain of this season Sylar just a little bit more as people seemingly start closing in on him from various different angles, and yet he remains ever elusive. Meanwhile all of the characters start growing a little bit more bold in pursuing their destinies, especially Hiro, Ando, and Peter. And once again it accomplishes something that few other shows tended to do before this one and that was to often end on a mini cliffhanger which was often used more for soap operas rather than prime time dramas.

Aside from the still fan favorite Hiro’s journey, my favorite hero’s journey in this episode is Greg Grunberg’s psychic detective. He has one of the more relatable story arcs at this point in his life. He has just found out that he has this telepathic power and is able to prove it and help further his career. This is also important because we get our first look at Sylar, only not really. During the chase sequence his figure is always obscured, and as a little trivia, it wasn’t even Zachary Quinto at that point playing the man who would be Sylar. This is also a point where my memory of this show becomes my own worst enemy as I remember that Sylar is going around and killing people with abilities in order to gain their abilities for himself, but I don’t recall what the little girl’s part in that plan is, or even if she really is a part of his plan or if she was essentially just a Macguffin to help further Grunberg’s police career. But aside from his little moment getting to play FBI, Grunberg comes home to a wife that doesn’t love him anymore and just wants him to leave. So he heads to the bar and hears everyone’s internal struggles until he gets to the one who we will eventually come to know as the Haitian and falls down apparently drugged.

The other connection to Sylar comes through Mohinder’s own struggle with his father’s research which he can’t make heads or tails of until he finds a notebook with Sylar’s address and a housekey. Not one to leave things be, he goes to what is very much a serial killer’s lair complete with furniture wrapped in plastic and a bathroom covered in the scribbles of a lunatic. But once again, as soon as someone begins to get a lead on him, he disappears. He does the same thing with Grunberg’s cop after he gets shot several times, gets up, then disappears. Here, Mohinder brings in the police, but when they arrive the entire place has been emptied floor to ceiling. 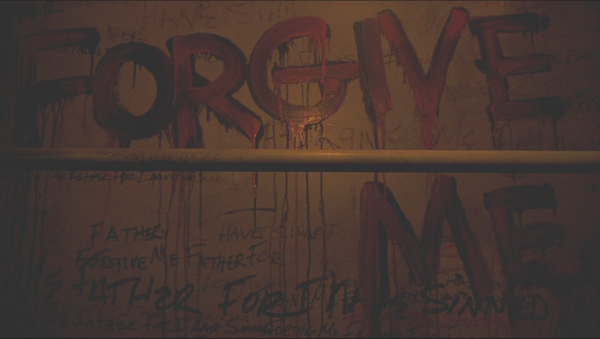 The one bit of annoyance I had with this episode was the seemingly extremely fragile Claire. When we were first introduced to her in the pilot episode she had been going about several different ways trying to injure herself. And ever since that episode, she has been amazingly fragile for someone who can’t be killed having her second fatal accident in so many days without any help from herself and a video camera. On top of that, there’s the other major female character Niki who realizes that she had killed a couple of Linderman’s goons via her alter ego who sends her on a trip to the desert to bury them next to yet another body who has been there for quite a while. And instead of putting two and two together realizing that it was her alter ego who had killed this other person, she jumps to the conclusion that it really was her convicted husband DL behind it even though his mother is completely on his side. As I write all of this it makes me realize that even though it’s the female characters that have the strongest abilities with Claire’s regeneration and Niki’s murderous alter ego, they are the weakest characters. Niki spends all of her time onscreen running around cluelessly while Claire has everything under the sun happen to her while trying to just live a normal life but constantly has these “fatal” accidents while being tackled or sexually assaulted. At least the rest of the cast is still pretty compelling several years down the line.