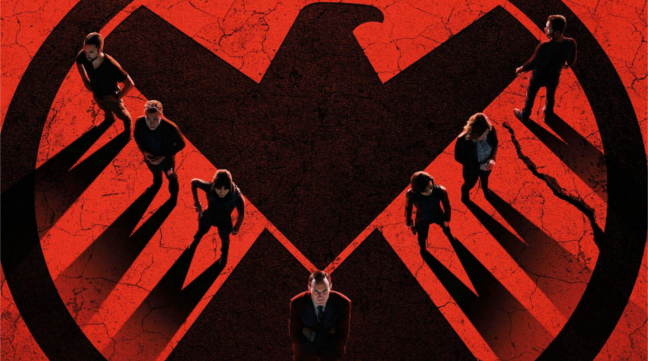 In what can only be considered one of the biggest turn arounds in recent Television history, ‘Agents of S.H.I.E.L.D.’ manages to conclude Season 2 on such a high that it leaves one in awe, and so much anticipation of what is to come. Despite some slow and worrying storylines and some misdirection, Season 2 of the ABC show maintained a pretty steady pace of wonderful storytelling that introduced some great characters, made brilliant connections to the rest of the Marvel Cinematic Universe and told some stories that managed to prove the importance of this show to the over all world being created in the movies. Here’s taking a look at all the amazing things that ‘Agents Of S.H.I.E.L.D.’ managed to achieve during its Season 2 run. Spoilers forthwith!

Season 2 introduced some great new characters, not all performed as expected, but some surprises definitely impressed. Geek fan favourite Lucy Lawless was brought in as a veteran S.H.I.E.L.D. Agent Hartley, and though she appeared in the premiere episode and was wasted dying almost immediately, she returned in a flashback appearance in the latter half of the season and kicked major ass, just as we expect from Xena! Edward James Olmos came in later on as Gonzalez, former S.H.I.E.L.D. high ranking officer, who butted heads with Coulson about his ability to lead the organization. Despite some good nostalgia seeing him on screen again, and bringing some gravitas to the role, Olmos’ involvement didn’t really feel as badass as it could’ve been. Maybe because the character he was playing was kind of a tightass.

Despite these brief appearances, the new regular members of the cast were a lot better in their reception. Nick Blood’s Hunter & Henry Simmon’s Mack provided some great balance to the rest of the cast as a smart ass with an accented smart ass and a muscular Atlas with serious doubts on the whole superhero thing. The best among them though, has to be Adrianne Pallicki as Bobbi. The actress adds one thing to the show that previously was provided only by Ming Na Wen’s May and Brett Dalton’s Ward… some brilliantly amazing action work that makes her my favourite new cast member of Season 2. But as a wild card, I absolutely adored Kyle MacLachlin as the deranged and emotionally unhinged Cal, Skye’s father. His performance could invoke sudden fear as well as gut wrenching sympathy, all in the same scene.

‘Agents of S.H.I.E.L.D.‘ has had an uphill battle with the bad reception of Season 1. So it surprises everyone when Seasnon 2 changes the status quo by making a regular cast member a villain, fracturing relations between the team and introducing a storyline that promises to have major repercussion within the MCU with the Inhumans. While the Inhumans storyline worked great, it struggled to get going in the beginning. The story arc featuring Ruth Negga’s Raina was annoying, while the whole conflict with the ‘other S.H.I.E.L.D.’ dragged on with an appearance by Kirk Acevedo that excited me, only for him to disappear right after 2 episodes. Even the storyline featuring Ward & Agent 33, and them manipulating events to bring closure to her traumatic past seemed out of place and weird in contrast to the other events of the show. There were also moments where it seemed like Elizabeth Hensridge’s Simmons would have a major conflict of ideology with the rest of the team about how to ‘deal with’ powered people, but it was never fully explored; but given the Season Finale, there may be opportunity to develop that further.

Season 2’s best storyline has to be with the Inhumans. In a world of The Avengers, the show introduced an entire population of possibly powered people for the world and other superheroes to have to deal with. This opens the door for not only this show, but possibly others shows or films in the future to explore this idea and feature other characters and storylines in this world of Inhumans. The way the arc developed from being a family matter, to introducing a shadowy group of Inhumans with their own mythology and lore that has yet to be revealed, makes this arc extremely interesting, and something the show can get a lot of mileage from.

My favourite episode of Season 2 of ‘Agents Of S.H.I.E.L.D.’ has to be ‘S.O.S.’ the season finale. This episode so satisfactorily wraps up all the storylines of this season, while successfully setting up some amazing things to come, with the right amount of humour, exposition and butt kicking action, that it easily tops my list of favourite episodes. Not only that, as I mentioned in my review of the episode,  the 2 hour season finale it’s easily even better than ‘Avenger: Age Of Ultron.’

I’m hoping the Inhumans lore is expanded upon in Season 3. There were a lot that was teased all season with references of a hierarchy of Inhumans that make decisions and even more people with powers all over the world that the show could easily feature return to its Season 1 procedural format with Coulson and the new S.H.I.E.L.D. tracking down an Inhuman or potential Inhuman each episode. All the while with Ward as the informal head of defunct H.Y.D.R.A. now, he is definitely going to be nipping at their heel’s the whole time, making life miserable. I would love to see Simmons being transformed into some crazy powered entity influenced by he Kree stone to hunt down Inhumans. My biggest hope though is that the show is somehow acknowledged by the film-verse, as the most recent Inhumans storyline was all but ignored by ‘Age Of Ultron’ despite the movie featuring two prominent Inhumans of their own.