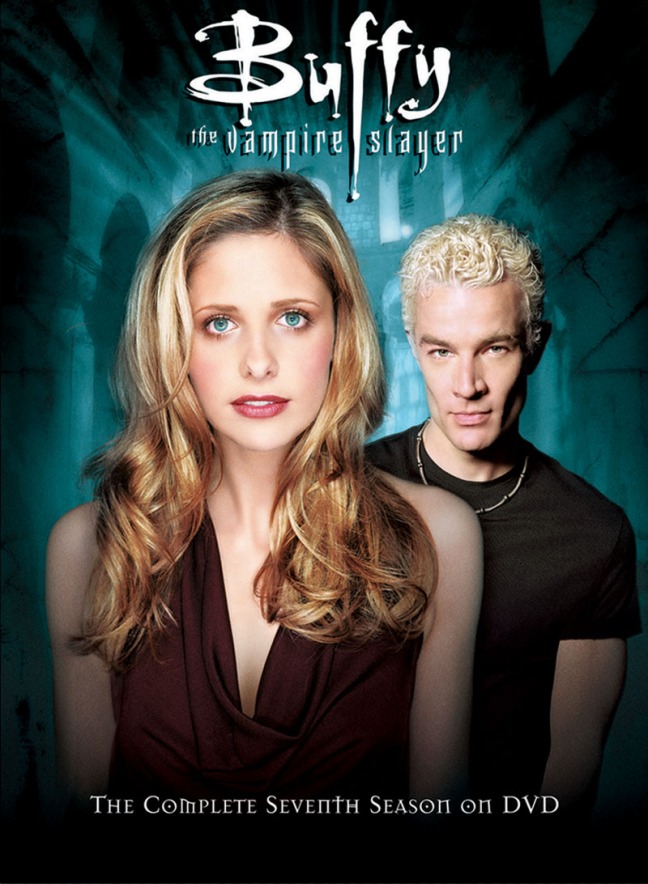 For all the destain the memory of season 7 brings to mind it seems somewhere in blocking most of it out I forgot about this little run of pretty great episodes that we had with the previous episode “Same Time Same Place” and which here continues with “Help” as Buffy attempts to settle into her new role of the school councillor at Sunnydale High a role that seemingly doesn’t need any qualifications to do seeing how she’s pretty much walked into the role. Through her first batch of students Buffy comes into contact with a young girl called Cassie who predicts that she is to die on friday causing Buffy and the Scoobies to leap into action to prevent this.

END_OF_DOCUMENT_TOKEN_TO_BE_REPLACED

Well, after our last big two-part adventure, everybody’s pretty bummed out about Tommy losing his powers. Our team of power rangers is back down to five members now, and there are still plenty of monsters out to stomp Angel Grove. They’ll have to do it without the green ranger, though. Let’s take a look at how they manage without him in Missing Green. END_OF_DOCUMENT_TOKEN_TO_BE_REPLACED

When we last left Angel Grove, the rangers we’re having a rough time. Tommy is without his powers and is being hunted by the Turbanshell monster. Meanwhile, the other five are trapped inside a force field in Lord Zedd’s Otherworld dimension. That’s not all, Zordon and Alpha are trapped inside the command center by another force field that is slowly closing in on them. Plus, there are five evil Dark Rangers ready to cause havoc at soon as Zedd lets them loose. Here comes Green No More Part II. END_OF_DOCUMENT_TOKEN_TO_BE_REPLACED

While season seven might not be anyone’s favourite and hence a lack of enthusiasm for myself in having to revisit a season which I’d for the most part erased from my memory including it would seem this episode which shockingly is actually really great especially in terms of the monster of the week which this time sees Buffy tasked with hunting down a skin eating demon when a skinless body turns up at Xanders construction site.

END_OF_DOCUMENT_TOKEN_TO_BE_REPLACED

We’ve been working up to a big event in Angel Grove for several episodes now. Tommy has been seeing his powers get weaker and weaker with each episode. Now, we are at the crossroads. Let’s see what happens in Green No More Part I. END_OF_DOCUMENT_TOKEN_TO_BE_REPLACED

After a shaky opening there was the hope that this season would follow the suite of the previous seasons by giving us more of a traditional episode which it does initially seem like we might get as Buffy and Xander try to track down a worm like demon which appears to be stalking a young woman after consuming her pet dog. Frustratingly this is an episode which is still plagued by plotting issues especially when the monster is pushed back to what almost feels like a b-plot.

END_OF_DOCUMENT_TOKEN_TO_BE_REPLACED

We’re a good seventy episodes into the wonder that is Mighty Morphin Power Rangers, so it should come as no surprise by now that no monster is too out there for this show. A giant pig with a roman helmet, we’ve seen it! How about an evil clown that turns into a monster pineapple…been there, done that. So now it’s time for something that truly makes you wonder what the writers were smoking when they dreamt this up. Prepare yourselves for a giant bug that plays heavy metal guitar, in The Song of Guitardo. END_OF_DOCUMENT_TOKEN_TO_BE_REPLACED

Well, as we know from the last several episodes, all Lord Zedd can focus his gross exposed brain on these days is stealing all of the green ranger’s powers. Things have not changed this week as he turns to child abduction and a weird walking piece of lettuce to try and achieve his evil goals. Let’s take a look at this week’s episode, Welcome to Venus Island. END_OF_DOCUMENT_TOKEN_TO_BE_REPLACED

The last time we had an invasion of beetles, the music world changed forever. That was a different kind of beetle, though. Those were B-E-A-T Beatles, which is a far cry from what Lord Zedd has in mind for the citizens of Angel Grove this week. We return to the realm of giant bugs with The Beetle Invasion. END_OF_DOCUMENT_TOKEN_TO_BE_REPLACED

“Yeah, but he’s new. He doesn’t know his strength. He might not know all the fancy martial arts they inevitably seem to pick up.” – Dawn

Here we are at the start of the final season and after the rocky road to hoe which was season 6 and with Joss Wheldon still absent as show runner the warning signs really kick in early for this season even though he does return to script this season opener which finds the group still largely scattered with Willow now in magical rehab with Giles back in England, Spike is still missing and Anya has returned to her vengeance demon fold.