It has been nearly 2 and a half years since the premiere of Jessica Jones season one and it is time to break out the whiskey because the self proclaimed bitch is back. This year is all about the power of women. Every episode was directed by a woman, each episode has its own poster designed by a woman, its three main characters are women and it was released on International Women’s Day. 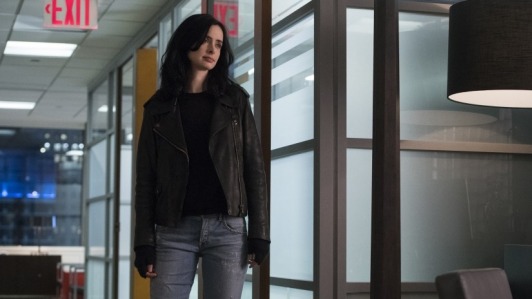 I am very happy the show is back Jessica is my favorite part of The Defenders and she had the best solo season as well. The series picks up an undetermined amount of time after the first season and one episode in hasn’t referenced the events of The Defenders at all. I don’t think that will change. Jessica prefers the isolation, the less people you care about the less you’ll hurt when the die. 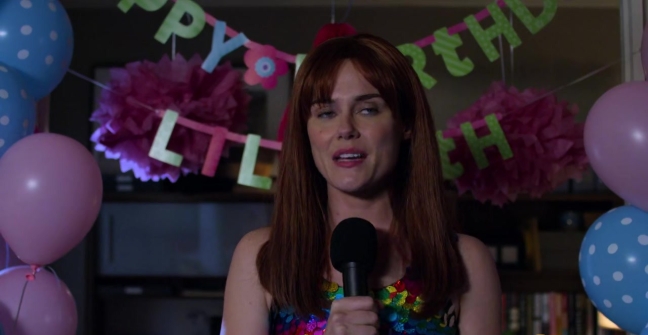 Trish has changed the format of her show from one that covered breaking news but focused on lifestyle elements to one that reports Super related news. She is driven by her love for and jealousy of Jess. Trish wants to help people and forcing this subject on Jess and finding out what happened to her is how Trish plans on doing that, whether Jess likes it or not. Trish is going to have a lot more problems than just dealing with Jessica this season. We have already seen glimpses of her being followed by Simpson and he probably holds quite the grudge after season one. Trish also has a new love interest in Griffin, the only question I have about him is if he will die before they have a chance to break up or not. 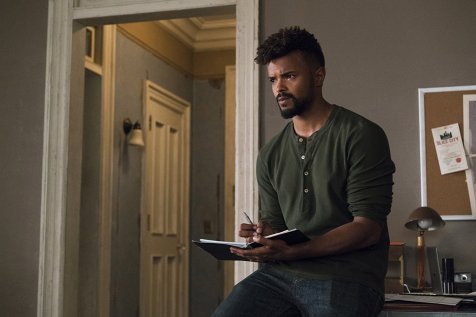 Jess is working with Malcolm at Alias and she is still as gruff and haunted as she was in season one if not more so. After taking her second life, the first of her choosing, has left her wondering if that is who she is, a killer. It is an entirely knew trauma on top of everything she already has to deal with. One thing that may help is her court mandated anger management classes this season. I wonder if it was always the plan or if they saw the powerful dynamic of damaged people sharing their stories in The Punisher. 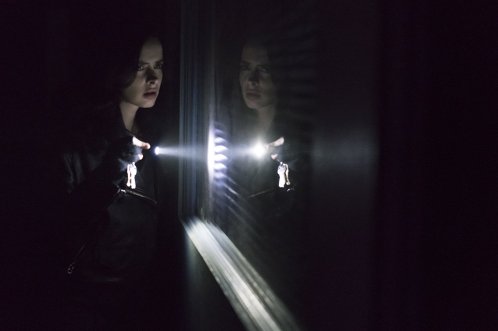 I can’t wait to get to that point in the season and to watch the new mystery of what gave Jessica her powers unfolds because after one-episode season two continues the excellent work from season one.