Front toward enemy is the iconic branding on the front of claymore mines is an ominous warning about the subject matter of the latest episode. Three blasts rip through government buildings around New York City leaving its inhabitants afraid and angry. If you for got the end of a couple episodes ago then the identity of the attacker may take you by surprise. 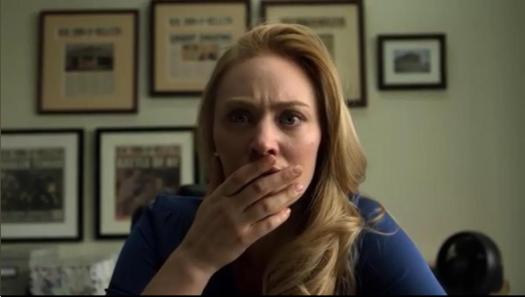 This was a very emotion filled episode for all of our characters. Frank hares a mistake from his past that has haunted him for years. Madani is still reeling from Sam’s death and torn about how to move forward without him and if she even wants too. The hunt for her truth cost hi his life and now she is the lone government agent looking for justice for what happened in Kandahar. Karen is sent a letter from the terrorist that killed over a dozen people and is asked to prove that she believes in his version of liberty. Lieberman is becoming more desperate to get back to his family and it may lead him to make some brash decisions. 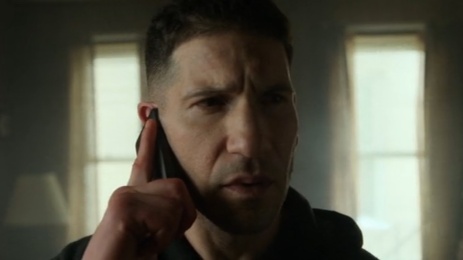 With a good fight scene, a brief police chase and the tension of a bomber on the loose keep the episode exciting among all the personal drama. Jon Bernthal really displays his acting ability in this episode by switching between grunting killing machine and guilt-ridden soldier. The series continues to be well shot with the action being a stand out in quality and intensity even amongst the other Marvel Netflix shows. The fact that every character is an unaltered human adds reality and weight to the fight scenes that the series with superheroes lacks. Frank is also the most complex and well written character since Jessica Jones, the others are not basic but through a lack of acting or writing ability they come across more one note than Frank. 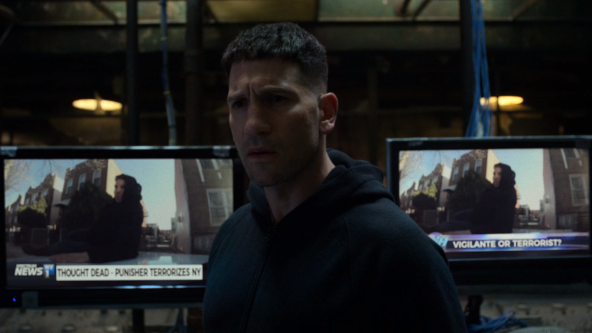 I know I have said it before but I know things have to change after the climax of tonight’s episode there is no other choice for frank now that his secret is out. My prediction is that he is going to go on a full offensive and complete his mission before the police, FBI or anyone else hunt him down because we know he will be blamed for the recent attacks. The answer to whether or not you should be watching this is as simple as the directions on the claymore, if you are not watching this show you really are doing yourself a disservice.