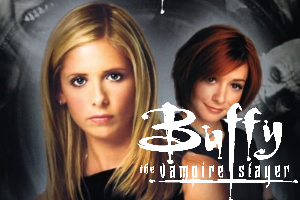 “A flare gun? Xander, if I find Spike I’m staking him, not signalling ships at sea!” – Buffy

So it’s been an eventful few weeks for Buffy and the Scoobies and with the departure of Oz in the previous episode, it doesn’t look like things are getting any better for them. Still for us the viewer we finally get the first big reveal of the season aswell as the start of the main plotline as discover the truth behind those mysterious masked Initiative commandos we have seen lurking around the campus. More exciting though is the reveal that several of their numbers might be closer to Buffy than expected.

Unsurprisingly considering the title of the episode, “The Initiative” are a big focus in this episode as through Spike waking up in one of their containment cells having been tazered by the commandos in the previous episode and through his escape we get to see a lot of their setup, along with the reveal that Riley (along with friends Forest and Graham) is a leader of their commando unit aswell as most exciting that Professor Walsh is the head of the unit and not just an ice cold college professor. Rewatching the season now though and seeing the white rooms and almost clinical setup of the Initiative I couldn’t help but wonder how much of this was used by Joss Wheldon when creating the covert operation seeing in “Cabin In The Woods” which in many ways mirrors what we see here.

Riley really is one of the better love interests for Buffy even if a section of Buffy fans always saw him as being generally too nice and lacking the moody edge of Angel or whatever it was that they felt made her and Spike such a great match. Still its fun to see him stumbling through his attempts to talk to her in this episode, while being guided by a more moody Willow who is still working through her breakup with Oz, yet still has a willingness to help Riley seeing him perhaps as a better match than most of guys on campus such as Parker who also manges to reach new depths of vile douchebagery as he remarks

“The difference between a freshman girl and a toilet seat is that the toilet seat doesn’t follow you around after you use it.”

Only to find himself being knocked out by Riley. Remind me again why we don’t like him?

This episode also marks the start of a new direction for Spike even if it might not be overly clear at this point. For despite having escaped from his cell Spike now finds himself unable to attack human’s as he discovers in what is possibly one of the funniest and at the same time most shocking moments of the episode as he attempt to attack Willow in her dorm room. The scene is initially shocking as it falls somewhere between a violent attack or a rape, especially as Spike it shown jumping on Willow her screams being drowned out by the stereo which gets turned up in the struggle so the student milling around outside the room don’t hear her cries for help. Following this scene this though somehow manages to flip the tone completely as Spike is shown apologising for not being a bite her while portraying it like he’s suffering from impotence once more hammering home that sexualised element of vampire feeding that runs throughout so much terrible paranormal romance.

In many ways this episode feels like it making up for what the previous episodes failed to establish for the main plot as we get numerous plots being thrown around this episode which all in one way or another play into the main plotline for the season. At the same time it taps into so many of the elements which make this show so much fun, be it the awkward attempt to hit on Buffy, or Spike reassuring Willow about her bite-ability  there is a lot to enjoy here and for those naysayers about the season perhaps being an episode which might make them reconsider their opinions on the season so far.