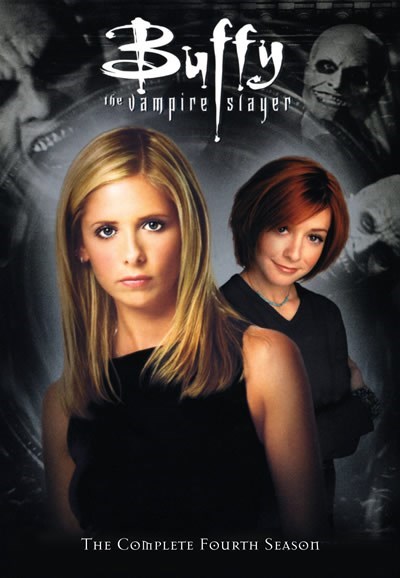 “It’s Giles. With a chainsaw” – Xander

Here we have an episode which is probably best known for giving the Buffyverse its most beloved long running joke as Buffy and the Scoobies attend a frat house Halloween party, only to soon find that the spook house elements are real.

Still reeling from the whole Parker situation of the previous episode it’s kind of refreshing  for the writers to not just give us another moping Buffy episode as Halloween has once more come to Sunnydale and surprisingly for a town built  on a Hellmouth the vampires, demons and other assorted supernatural elements actually choose to see the holiday as a night off, viewing the holiday as kinda tacky Giles informs us here. That being said it wouldn’t be a Buffy Halloween without something happening and surprisingly it’s something of an accident that the group that the group don’t get to celebrate a quiet Halloween watching um….Fantasia (darn video shops). 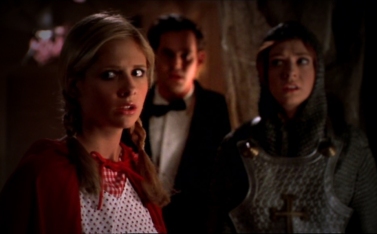 The tone for this episode is unquestionably right down the middle as we get some genuine thrills from the spook house turned reality as Buffy, Oz, Willow and Xander are soon having to face their individual fears that the house seems to be playing off. As such Oz finds himself turning into a werewolf despite there being no moon, Willow loses control of her magic and Xander turns invisible to his friends, playing up his current fear of being phased out of the group due to his choice not to go to college.

On the flip side of things this episode has via Giles and Anya some fantastically funny moments as Giles uncharacteristically dresses up in him poncho and sombrero which further reinforces this idea of him being lost for a purpose or direction since he stopped being a Watcher. More so when we get to see him enthusiastically commenting on his Frankenstein ornament. Still by the end of the episode we do get that fantastic image of a leather jacket clad Giles looking so badass as he welds a chainsaw!! 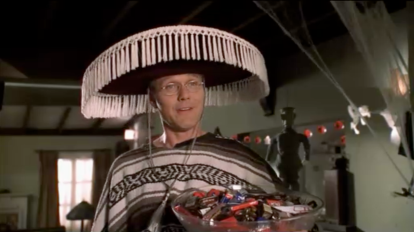 The real standout here though is Anya who continues to go from strength to strength the more she is used, especially with the writers now finally having a direction for her to go, even if it’s the unrelenting pursuit of Xander. This episode would give us the start of one of the most beloved running jokes of the season, as Anya reveals her fear of bunnies, by dressing up as one after Xander advises her to find a scary costume. The costume itself is probably one of the most iconic moments she has in the series even if she doesn’t get to do a huge amount without outside of being constantly frustrated by the situation happening around us.

Xander and Anya’s relationship continues to be one of the great joys of this season as while they seemed so mismatched at the start, with each episode they click a little more and while they might not at this point be an official couple you can clearly tell that Xander is slowly falling for her, despite her frequently blunt and unfiltered world view. 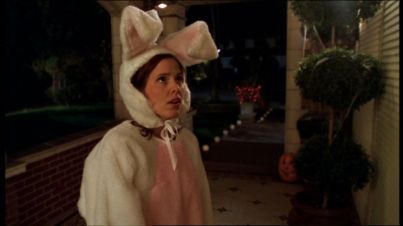 Outside of the main plotting we do in this episode get some more establishment of this still new college setting, with Riley getting alittle more development though at this moment he is still wallpaper and little more than another potential love interest for Buffy. At the same time we also get to see more of the Initiative commandos who Buffy amusing mistakes as being Halloween costumes.

The final pay off really is where the episode proves itself the most memorable as we discover that the big evil is perhaps not as big as we’d first expected and it’s a scene only added to by the natural humour between the group and even though the final line perhaps could have been cut, it’s ends the episode on a laugh perfectly matching the tone of the episode.