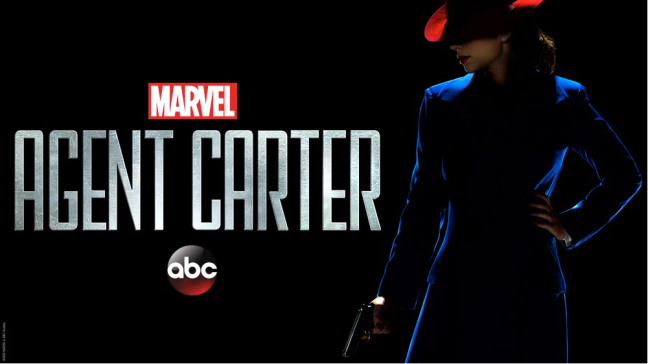 The overall plot wasn’t advanced a great deal by tonight’s episode but that doesn’t mean that it wasn’t a great episode. It was well acted, beautifully shot, and full of references to the history of both Hollywood and Marvel Comics and it explored the depths of our main characters. The themes of racism and sexism continued to be addressed in this episode in some subtle but mostly in your face ways.

The explosion that concluded last week’s episode destroyed a portion of Isodyne, caused a black scare on face of Whitney Frost and seemingly killing Dr. Wilkes is at the heart of this episode. We get to see more of what it has done to Whitney and what it has allows her to do.

For anyone who wasn’t a fan of her director last week they won’t have to worry about seeing more of him after tonight. In the video of the atomic test that created the zero matter we see a crack in the sky and then a large dark ball that sucks in everything that is near it from, people to Army trucks, before condensing in on itself to the size of the pool we saw last week. It is my guess that after the latest explosion the zero matter has condensed itself again but this time inside of Whitney frost. The crack in her forehead that seems to grow as see consumes more matter is probably caused by the stress of her body trying to contain the zero matter. The biggest question is will it end up turning her into a semi-tragic character that will eventually be destroyed by it or will she become the type of villain Peggy hasn’t faced since the Red Skull.

In 1947 the Red Scare was really starting to ramp up and Dr. Wilkes who was already fighting against his skin color is accused of not only being a communist but a Russian spy. Fortunately for him he as Peggy on his side and she has vowed to not let people damage his name after he died trying to do the right thing. His presence at Isodyne during the explosion and being black has made him the number one and only suspect in the eyes of the media. After she has sworn to protect his legacy Peggy learns that she actually only needs to help him clears his name because he was in fact not killed in the explosion. Wilkes was forced into a different plain of existence one that is invisible, inaudible and non-corporeal to the rest of us. 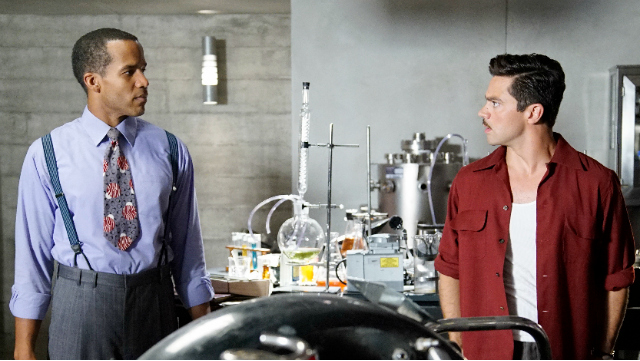 With the help of Howard Stark those first two issues are solved at least for small bits of time.While he is still unable to fully interact with our world Peggy and the others can at least see and carry on a conversation with him. I don’t know if the show will try to make a larger sociopolitical topic out of the fact that only black character is now invisible or if it will be a temporary thing that will be taken care of in the next episode or two. I personally hope that they will discuss how this isn’t the first time he has felt invisible relating it to his childhood and his time working in the orange groves, and how he never thought he would be allowed to achieve his dream. With all the mentions of historical people and places in Hollywood I hope Peggy gets to interact or at least hear references to great black female actresses of the day like Rita Hayworth.

We get to learn a lot more about Howard in this episode, he is amazingly self-absorbed at times but he is not oblivious or unsympathetic to the struggle of others. He states early on the trouble Wilkes will have clearing his name because he is black and then opens his home and lab to him while they search for a cure to his problem. Wilkes isn’t the only person that Howard makes a revealing statement about. He also has a discussion with Jarvis where he admits he knows how much Jarvis enjoys working with Peggy and that he won’t try and stop him if Jarvis wishes to change his current occupation.

Thompson is a character that is easy to hate, he is overly ambitious and as Peggy states, in a great interaction, a coward. In some ways this is understandable, most people want to get the most out of their career as they can, and when you feel your livelihood is being threatened some people result to despicable acts to protect themselves. While Thompson is willing to throw an assumed dead man under the bus and do his best to walk all over Peggy and Sousa when it fits his aspirations, it will be interesting to see how he handles things when he learns more about Vernon. Vernon (Kurtwood Smith) is an old family friend, high ranking official at the FBI, a mentor to Thompson and a member of the Arena Club. The Arena Club is the name of the conspiring board from last week that as pushing Calvin to a place in the senate and orchestrated the great depression.

This episode also included another great performance by Haley Atwell. She has to display every base human emotion in this episode, joy, anger, fear, and sadness, sometimes in the same scene and she handles it all very well. This episode was light on Jarvis, but he did get into a fight to try and save Peggy’s life, and without explanation his wife Ana is unseen tonight.

I couldn’t finish this review and not mention that the Whitney Frost/Agnes Cully story line is not a work of pure fiction. It is inspired by the true story of Hedy Lamarr, who left the world of acting to help the Allies develop radio guidance systems during World War II. It’s nice to see the show incorporate some nonfictional girl power in to it and giving young girls even more people to look up to. I hope this review and others with encourage them to learn as much about our real life heroes as our favorite Marvel heroes. Tune in next Tuesday to find out what happens to our favorite SSR agent and if the momentum of season continues.