Babes in the Wood is a children’s story from 1595 that has been reworked and remade for centuries, and is a tale of innocent people in an unexpectedly dangerous situation. This episode is the latest retelling that combines aspects of that children’s story mixed with story lines of hidden relationships all with a twist of Deliverance.

The original plan of this episode is for Rex and Ranger to go camping alone, away from technology and the rest of the league but due to several unexpected encounters the entire league will be joining them. There are no super villains present in this episode but there is enough conflict within the team and with the locals that I didn’t notice the lack of a big fight. The catalyst for the camping trip is Rex’s desire to connect with Ranger and remind him of all the great times they had together back during WWII, and then tell him that he has had a decades long affair with his wife Gloria.

In the spirit of unplugging Jewbot decides to sever the connection to his processing servers and the internet. With only the basic knowledge and computing power he was built with Jewbot struggles with a newfound lack of intelligence. His struggle is short lived however, after a run in with some locals he decides to embrace the lifestyle of replacing intelligence with anger, and resorts to punching things every time he is confused. He  also adopts other rural stereotypes such as the ability to track animals and a willingness to eat roadkill.

The writing is a bit inconsistent because he can speak eloquently about a person’s motivation but doesn’t know what his own hands are.

It seems that the only newcomer to camping is Cooch who is evolved house cat. Cooch can fight super villains putting her life on the line for her teammates and strangers alike in an effort to protect their city and the world; in the woods she is afraid of every branch and gust of wind. 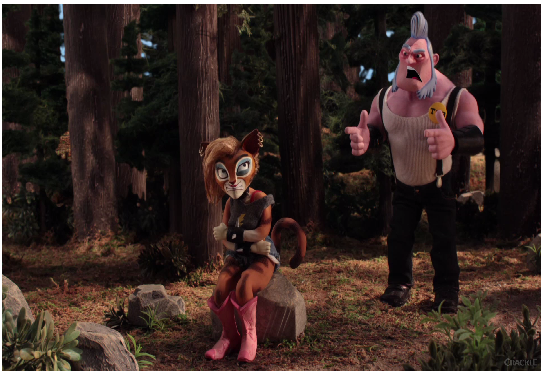 Her increased level of fear is forcing her to become feral in a record amount of time. 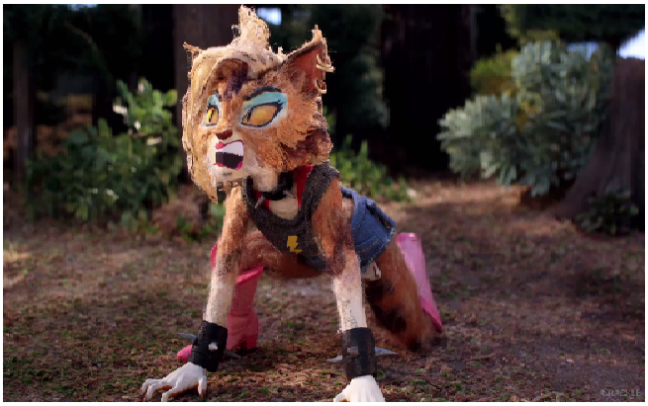 Even though she has super powers and is surrounded by her boyfriend and her friends all of whom are heroes she is unable to overcome her fear and her instincts. I think this is something everyone can relate with, there are times when all the facts are pointing towards A but for reasons we are sometimes unable to articulate with choose B. Brad has the least to do in this episode as he tries to sooth Cooch’s fears and then must chase after her once she has become wild. Any member of the team could have taken on those responsibilities but I like having everyone involved, plus we do get to see Brad’s secret commune with nature drug kit which includes: marijuana, mushrooms, cocaine, heroin and probably much more.

The Saturn and Lex relationship that started last week is a major part of this episode. Lex is trying to convince Rex to tell Ranger about his affair with Gloria, while Saturn is trying to hide the fact they are dating from Rex. Saturn is afraid of Rex who is very protective of Lex and won’t hesitate to throw someone face first into the side of a vehicle if they hit on her in a manor he doesn’t approve of.  The relationship will come to light in one of the worst ways possible for Saturn and Rex alike. The one bright side to the way it is revealed is that we learn that Saturn is not completely selfish.

After learning of Rex’s betrayal Ranger is furious and decides that they are they are no longer bffs and that he is leaving the league of freedom. With Jewbot on their side the locals make their move holding Saturn, Cooch Lex, Rex and a drugged out Brad at gun point.

With only a few minutes left in the episode we are left with several questions. Will Rex and Ranger be friends again, will Rex kill Saturn, will Cooch be able to resist the call of the wild and will Jewbot chose to remain angrily ignorant? The most important questions are will Cleb and the other locals get their revenge on Rex and why does he want Rex to drop his pants? To find out the answer to all these questions and more tune in to an internet connected device near you.