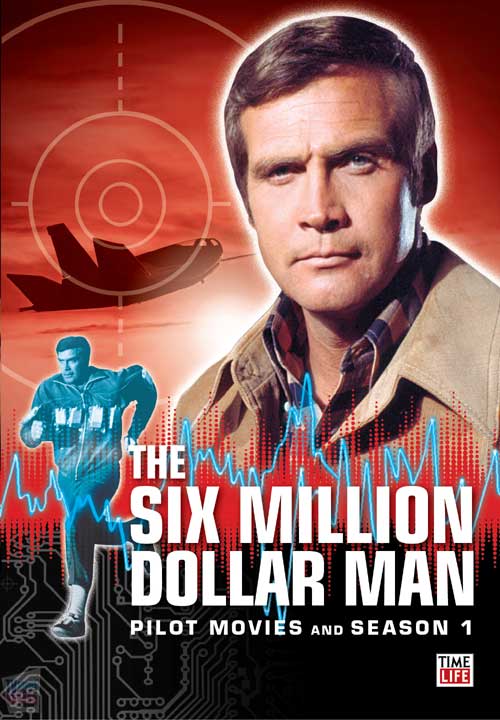 Happy Saint Patrick’s Day (where I live anyway). Today millions of people will drink green beer and eat green eggs and green ham and get drunk and piss themselves! Also – 10.4 million people will tune in to see what Scoot from Damian Thomas Films Etc and I have to say about the brilliant “Day of the Robot” – an exciting episode which features the most slo-mo robot fighting the 70s ever produced! Let’s see what happens here…

SCOOT: Isn’t St Paddy’s day on Tuesday? I don’t think it really matters anyway as most of our future fans will be reading this years later, you know, when we’re massive and being heralded as 70s show reviewing geniuses (or is it genii?), probably after season 3. None of this is really important right now though and I must break off to say… AHHHHHHH JOHN SAXON!!!

EI: AAAAAAAAAAAAAAAAAAAAAAW SNAP!!!!!!! Steve is playing tennis with John Saxon! They’re both wearing shorts so short their testicles are flopping out! Flop flop flop, jiggle, jiggle, jiggle! Steve wins the match by cheating with his bionic eye! Saxon challenges him to a duel! TO THE DEATH!!!! Not really on that last part, but Steve has to act as his bodyguard on a trip out of state.

SCOOT: I managed to stop fanboying over Roper from Enter the Dragon long enough to wonder who’d win a tennis match between The Six Million Dollar Man and Automan. I reckon Automan would cheat by getting his little cursor mate to whizz round Austin’s head thus putting him off. Anyway, I was still very impressed at how Saxon was able to easily return Steve’s bionic serve. After saying goodbye, they both hang around the tennis court because it turns out they’re both meeting Oscar Goldman. AWKWARD!

EI: En route to wherever they’s going, Saxon gets a case of The Poops! “I feel like crap,” he groans. “Must’ve been all that green beer and eggs I ingested before we played tennis.” “I told you to wait thirty minutes before we got on the court, you Crumb.” Steve volleys ( see what I did there???). “Let’s pull over at the next gas station so you poop in a clean and sanitary environment.” “Sounds good,” moans Saxon.

SCOOT: Meanwhile at robot headquarters, some random evil genius type people have spent the time and money to make a weightlifting android John Saxon to take the place of the real John Saxon as he’s heading to some missile test launch thing with an activation card he’s invented… or something. How will they do this? Let’s just hope for the sake of the plot that for some reason real John Saxon gets the trots and has to use the crapper at the gas station where the baddies have decided to wait with robot John Saxon!

EI: After leaving the shitter, Saxon is bonked on the head and replaced with a ROBOT!!!!! Steve will never know what’s coming!!!! CRAP!!!!! 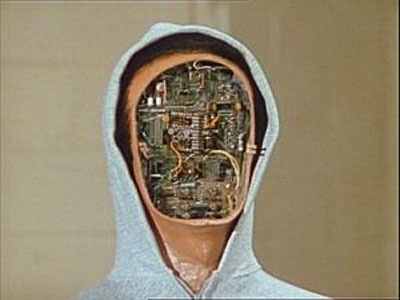 SCOOT: Oh, how convenient! It’s got to be said that everybody’s seventeenth favourite actor is doing a fine job at playing a robot, I wasn’t sure he’d nail it to be honest. He’s almost too good though as Austin’s onto him immediately and the crappy scientists who are controlling him from baddie HQ start messing up and make him act like a mental. Soon enough, a slow motion cyborg fight ensues until Austin knocks robot Saxon’s face off.

SCOOT: I don’t think it gets much better than this. 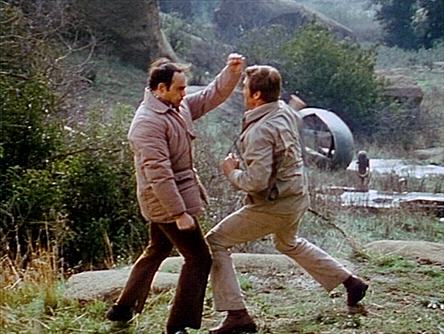 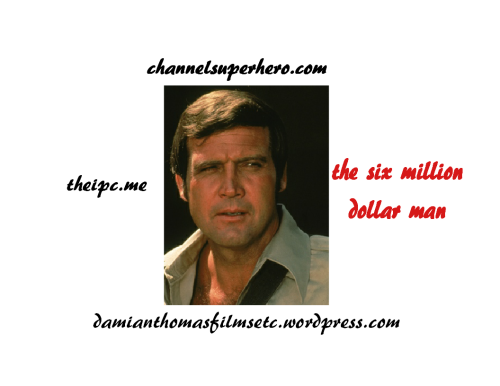